The Yin and Yang Of The Macrobiotic Diet

If you have been keeping tabs on all the Hollywood diets, chances are, you must have heard about the eating plan celebrities Gwyneth Paltrow and Madonna are raving about: The Macrobiotic Diet.

The Macrobiotic Diet is a low-fat, high fiber eating plan that is predominantly vegetarian, with great emphasis on fiber-rich whole grains, vegetables and beans. Japanese philosopher George Ohsawa created the first macrobiotic diet based on the Japanese concept of yin and yang, which dictates that all food is considered to have both properties, with one dominating. 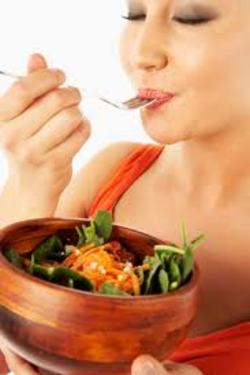 Foods with yang qualities are considered compact, dense, heavy and hot; whereas food with yin qualities are described as expansive, light, cold and diffuse.

Guidelines of the Macrobiotic Diet

Diet guidelines are individualized based on factors such as climate, season, age, gender, activity and health needs.

The goal of the macrobiotic diet is for the individual to become sensitive to the actual effects of foods on health and well-being, rather than just following dietary rules and regulations. The dietary guidelines, however, help in developing sensitivity and an intuitive sense for what sustains health and over all well-being.

For the proponents of The Marobiotic Diet, it isn’t just an eating plan, it’s a way of life. If you’re drawn to the concept of eating a natural, organic, plant-based diet and embrace a Zen-like spirituality in life and food selections, then the Macrobiotic Diet is exactly right for you.