Actor Mark Wahlberg has been breaking hearts ever since he broke into the scene with his hit 1991 single Good Vibrations, and he continues to leave a trail of them hearts as he made the big jump into movie-acting with roles in blockbuster hits such as Boogie Nights, The Perfect Storm, Planet of the Apes, Four Brothers, The Departed, Invincible, and The Fighter. And aside from his ruggedly handsome looks, he has something many men strive for– obsess over, even– a legendary abdomen hard work and discipline brought him.

"Even when I was young, I had to be in the best shape possible." He says, recalling his former life as a bad boy in prison. "And when I got out of prison, instead of hanging out in the corner, I’d got to the gym. It’s time better spent." 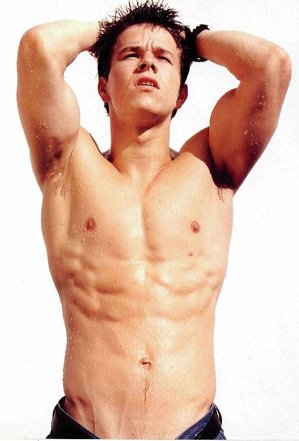 Mark Wahlberg’s diet adheres to the principles of the low carbohydrate diet. He follows this plan strictly, and doesn’t consume any carbohydrates past 6 pm.

The low carbohydrate allows the intake of meats, cheeses, fats, and certain green leafy vegetables as long as the carbohydrate intake is kept in minimal amounts.

At the same time, Mark Wahlberg’s diet doesn’t allow the intake of sugar, white flour, and starchy vegetables. Mark is able to lose weight with such diet as long as he adheres to the allowable foods stated by his.

For Mark Wahlberg’s exercise routine, he works out 30 minutes per day, 5 times per week. He enjoys doing weight lifting which is considered an excellent means to keep the body in great shape, enhance his strength, and build muscles.

"I don’t like cardio workouts. Running on a treadmill? I’d rather watch a chicken roast." He says. "While filming Four Brothers I had to play hockey 2 hours everyday. You can’t get a better workout than that."

← The Yin and Yang Of The Macrobiotic Diet
Matt Damon’s Diet and Exercise Routine: A Perfect Blend to Look Good On Screen →