From fad eating plans to juicing, almost all celebrities swear by a go-to diet when they feel bloated and out-of-shape. Here are our compilation of the diet secrets of the biggest and brightest stars in Hollywood. 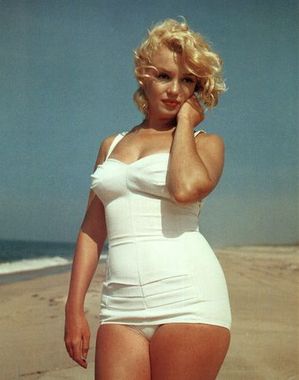 The Zone diet does not recommend cutting on calories, rather, the diet calls for you to eat the "right" calories, such as those coming from vegetables, lentils, whole grains, beans and fruits.

John Cusack, Cameron Diaz and Jennifer Aniston not only have uber-enviable, fit bodies, they also follow the same no-white diet.

This eating plan is a low-glycemic index diet, and calls for the avoidance of white foods under the premise that these foods contain simple carbs, which increase insulin production nd trigger cravings for more carbohdyrates.

With followers such as Sarah Michelle Gellar, Beyonce and Jaime Pressly, the 7 day meal cabbage diet plan is aimed at achieving fast weight loss over the short term.

The plan is designed to jumpstart the diet as it calls for the consumption of cabbage soup for a week while including a variety of low-calorie vegetables within each day.

They say no to meat, and swear by nature’s powers in attaining their hot bodies. With high profile, eco-friendly proponents such as Ellen Degeneres, Pamela Anderson, Alicia Silverstone, Natalie Portman, Paul McCartney and Gwyneth Paltrow, who are we to argue with the health benefits of the vegetarian diet?

As it excludes dairy and egg products, the vegetarian diet is based on consuming food made from plant sources only, may it be for nutritional or ethical concerns.

With proponents such as former President Bill Clinton, Oprah, Jessica Simpson and Jessica Alba, the famous South Beach diet was created by Dr. Agatston, who believed that carbohydrates can be divided into two groups: the good and the bad.

The South Beach diet does not prohibit carbs, but encourages consumption of the good ones. The diet promise sto make you lose up to 2 pounds per week, and like the vegetarian diet, is promoted as a way of life rather than a simple eating plan.

← 10 Simple Ways To Cut Calories From Your Meals
Celebrity Lose Weight Tips: How The Stars Get Their Uber Hot Bods →