What’s Up With The Graham Diet?

Developed sometime between the 1890s by Presbyterian minister Sylvester Graham, The Graham Diet isn’t actually a weight loss diet, rather, it was created as a way to help clean the body and soul simultaneously. This eating plan is a highly restrictive high fiber, vegetarian diet, and puts much emphasis on consuming fresh fruits and vegetables, and although it allows dairy products, they should be unprocessed or not pasteurized. 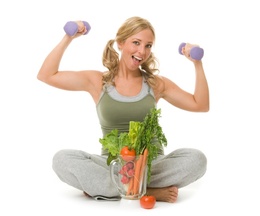 What was truly controversial about the Graham Diet was the fact that it prohibited the use of spices, which made the dishes bland, because Graham believed that the use of spices and animal meat in cooking makes one have impure thoughts.

The Graham Diet is rarely practiced nowadays, because it is fairly hard to adhere to, and the beliefs were the subject of public outcries a few years back. Though it endorsed the importance of consuming fresh fruits, vegetables, whole wheat and high fiber fods, their claimed potential to curb immoral conduct and sexual desire is still unfounded up to these days. Graham’s vouge faded as suddenly as it has flourished, partly because his disciples divided into parts what he had seen as a grand design.

← What is the Fit For Life Diet Plan?
P. Diddy’s Diet and Exercise Routine: The Hot Rapper’s Secrets →