Katharine McPhee’s Diet and Exercise Routine: After the Five Year Battle with Bulimia

When Katharine McPhee  was first introduced to the world via American Idol, no one knew how hot a commodity she would become after bagging second place. The sexy crooner, who stands tall at 5 foot 8, has released several hit singles, appeared in countless magazine covers, transitioned smoothly into film and wowed everyone else with her amazing figure. She once admiited to having battles with bulimia a few years back, but now she’s at her healthiest ever, thanks to her healthy eating ang exercise habits.

"It’s so imortant to have positive, beautiful women as influences." She says. "That’s why I’ve put the past behind me and started living healthy. Proper diet, regular exercise. That’s the only way to go." 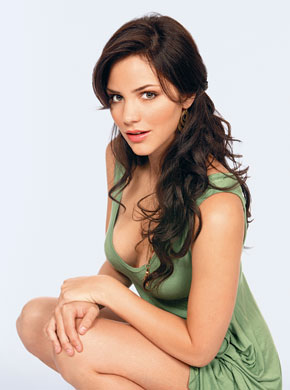 Katharine McPhee’s diet is adhered to Intuitive Eating, a program that has helped her get over her five-year battle with bulimia.

Katharine’s diet also doesn’t set weight loss or weight gain as an aim or indicator of success since this isn’t a weight-loss plan but rather a method for getting in touch with the body’s specific needs.

“I learned that there’s no such thing as a bad food,” she says. “If you look at a doughnut, people think it’s a fattening food – why? Because if you eat it you’ll get fat? No, you’ll get fat if you eat 10 doughnuts.”

“When I made it onto American Idol, I knew that food – my eating disorder – was the one thing really holding me back, I was binging my whole life away for days at a time. So when I got on the show, I said, ‘You know what? I can do well in this competition. Let me give myself a chance and just get a hold of this thing. “

For Katharine McPhee’s exercise routine, her personal trainer tries to make everything different to prevent her from getting bored.

“We do a lot of circuit stuff. Every day is new so I never get bored. I sometimes go hiking [or] running. I live in the LA in the hills so we’ll go up there,” Katharine claims.

Furthermore, she also does jump lunges, strength training and other heart pumping activities. She works out with her personal trainer 3 to 4 times per week and when on her own, she still does cardio exercises.

Additionally, Katharine McPhee’s exercise routine also includes dancing that is a great way to stay in shape and lose weight too. It works to stretch out the body, tone up the muscles, and burn a lot of calories.

Katharine also adds, “I want to do now is get on a treadmill for 45 minutes four or five times a week and do weight training.”