The startlingly hazel-eyed, brunette future princess of England Kate Middleton rose from obscurity when she and Prince William of Wales announced their engagement. The royal couple who will be exchanging their vows this April 29, 2011, has consistently attracted media attention, especially the gorgeous 5 feet 10 inches tall, soon-to-be princess widely known for her regal beauty and elegant style. 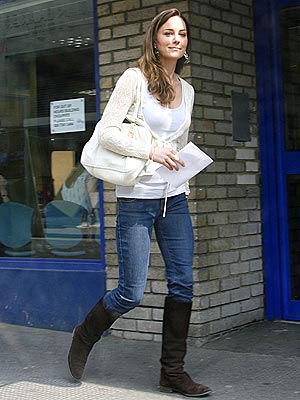 "She’s quite figure-conscious and she’s very aware that the camera adds a good 10 pounds," said a source. "Kate has lost a lot of weight recently. She is tiny, with no hips."

The first phase of Kate Middleton’s diet is called the attack phase wherein it covers 1 to 10 days with an expected weight loss of 7 to 10 pounds during the first 5 days.

In this phase, Kate consumes only protein foods sometimes seasoned with condiments that are carbohydrate-free. She likewise consumes calorie-free drinks like water, coffee, tea and diet soda.

For the second phase is called the cruise phase wherein days of protein only are alternated with days of protein and vegetables. The allowable vegetables to be consumed in this phase are restricted to those that do not contain starch like lettuce, spinach, celery, cucumber, asparagus and tomato and may be eaten raw, steamed or combined in soups or stews.

The third phase is the consolidation phase, otherwise known as the maintenance phase which starts once Kate is able to achieve her set goal weight. She will continue consuming proteins and vegetables with permitted extra servings of carbohydrates a week.

The last phase is called the stabilization phase wherein Kate is able to go back to consuming any foods she like while still following the rules within the third phase.

An example of Kate Middleton’s diet plan on a typical day involves the following meals as based on the phase two principles:

For Kate Middleton’s exercise routine, she works out at the gym for an hour daily and loves doing yoga and cycling.

Sources say, “She works out for at least an hour a day and loves to stay slim and toned. She and Pippa use the gym all the time because it has great equipment and it’s completely private. She has even had William and Harry doing crunches and press-ups.”

But when Kate was still studying, she was already actively playing sports. During college, she was the captain of their hockey team which is quite similar to soccer that needs high levels of fitness, muscular endurance and agility. She also loves skiing during the winter season which she does with Prince William.

Part of Kate Middleton’s exercise routine also includes a lot of rowing especially for a charity boat race. Rowing is considered as a great way to tone up the muscles of the arms, stay fit and lose weight as well. During her row trainings, she crosses the English Channel that is about 23 miles long.

← Felicity Kendal’s Diet and Exercise Routine: Younger Than Her Age
How to Lose Weight While Dining Out →