One of the most popular glamour models and MTV VJ’s of the 90s, Jenny McCarthy first burst onto the scene as 1994 PlayMate of The Year. Fast forward to 2011, the 5 foot 7 beauty with her lustrous blond hair, seductively piercing eyes is still as knock-’em-dead gorgeous at 38. Her youthful good looks are something she worked hard at, and here, she spills on her secrets to being fabulous the right way.

"It’s really about eating right and staying active." She says. "I practice portion control in ally my meals, I’m thoughtful of what I put in my body." 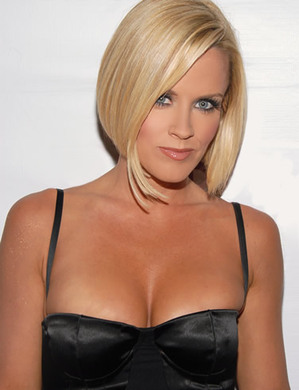 “My mom talked about Weight Watchers, which I thought was such a Midwestern diet. But she lost 40 pounds in a few months – and still ate pizza! So when she came to visit, I decided to try it. I signed up, I went to meetings and in six months, I lost all the baby weight. I still use the method,” she claims.

The weight watchers program is a diet based on the restriction of calorie and fat intake. Meetings are likewise held as a way to motivate and support individuals who adhere to this diet.

Jenny Mccarthy’s diet involves two plants, the Flex Plan, and the Core Plan. The flex plan enables the dieter to consume a wide variety of meals as long as she sticks with the allotted daily maximum intake. The daily maximum intake is computed according to the person’s age and height.

For the Core Plan, it permits the dieter from the hassle of counting the values of the food he or she consume. Foods allowed within the Core Plan are as follows: vegetables and fruits, soups (non-creamy), whole wheat pasta, brown rice, potatoes and grains, high fiber and other cereals without added sugar, lean meats, poultry, fish and eggs, fat-free milk products, and healthy oils.

For Jenny Mccarthy’s exercise routine, she does Billy Blank’s Tae Bo which is considered a revolutionary total body fitness system that is a combination of martial arts, boxing and dancing. It helps in enhancing the strength, endurance and focus of the person. At the same time, it increases energy, enhances coordination and balance, increase strength, agility, and boosts self-confidence. She also does cardio exercises and did Barry’s Bootcamp before.