Jessica Alba is an American television and film actress who started appearing in the television at the age of 13. She first did the movie Camp Nowhere and The Secret World of Alex Mack (1994), and became very popular when she did the lead role in the television series Dark Angel from 2000 to 2002. She also appeared in other films like Honey (2003), Sin City (2005), Fantastic Four (2005), Into the Blue (2005), Fantastic Four: Rise of the Silver Surfer and Good Luck Chuck both in 2007. Any woman would certainly envy Jessica not only for her looks and popularity but with her hot, sexy, lean figure. Even after giving birth, she quickly gained her pre-pregnant weight. Would you like to achieve this too? Then keep reading to know more about her secrets. 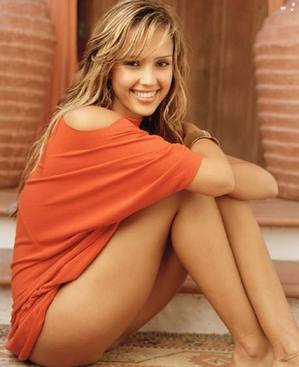 Jessica Alba’s diet basically revolves around portion control diet as her trainer also claims, “She knows how to keep her eating habits under control. She likes to have dinner out, but will only eat half of the food on the plate.” At the same time, she doesn’t like to deprive herself so she sometimes treats herself with her cravings but only in small amounts. Together with this diet, she also consumes 6 to 7 meals per day and doesn’t consume any deserts.

She likewise follows a modified version of the South Beach diet. On a typical day, Jessica Alba’s diet plan includes 1 cup oatmeal with berries together with 3 to 4 scramble egg whites for breakfast especially when working for a film. For lunch, she consumes salad with 170 grams or 6 ounces of chicken breast or fish like salmon or tuna. For dinner, she eats sashimi or 170 grams of petit filet of beef or other lean protein with unlimited veggies and 3 small red potatoes, and during snack time, she eats a handful of almonds or hot air popped popcorn.

For Jessica Alba’s exercise routine, she works out for 45 minutes to 1 hour per day, 5 times per week. Her workout routine actually includes 3-2-1 which means doing 3 portions of cardio exercise, 2 portions of circuit training, plus a core segment.

One of Jessica Alba’s exercise is circuit training wherein she starts using the treadmill or perhaps or the Elliptical Machine for 10 minutes with a target heart rate of 180 beats per minutes. This is followed by a quick rest and abs and lunges. Then she again does the treadmill for another 10 minutes with another quick rest and uses light weights. This is specifically to tone up her biceps, triceps and shoulders for a total of 4 sets.

On of Jessica Alba’s exercise that helped her to get back in shape was rowing and pull downs that worked her back and upper arm muscles. For her cardio exercise, she uses an elliptical, stationary bike or treadmill for 30 minutes four times a week. Together with her personal trainer, she likewise does stretching exercises and performs Pilates. She also trains with Ramona Braganza known to do Tae Bo: Billy Blanks’ Tae Bo Cardio.