Most would never peg actress Allison Janey as the shy, unassertive type. The 6 foot whip-smart White House Press Secretary on the TV show West Wing shows a formidable air that earned her 4 Emmy Awards. This woman knows how to work the small screen, and shows women that you can look good no matter what age.

"Yoga and 100 crunches… Daily!" Allison shares with a laugh. " Eating right works too." 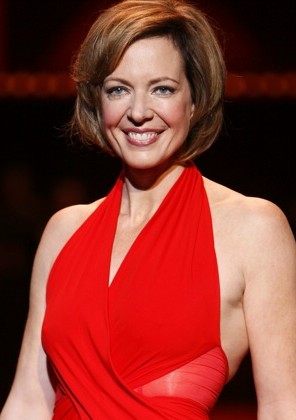 Allison Janney’s diet is based on portion control which means she limits and watches what she eats. Portion control calls for an understanding of how large a serving size is and the amount of calories found in each serving.

In this  way, Allison’s diet allows her to take full control of the weight she gains or losses since she has overall control of her total caloric intake.

"I eat what I want." Allison says. "I have the occasional triple grande nonfat latte from Starbucks, but other than that, I just love eating healthy stuff."

Allison also does the famous“Bar Method”, a blend of Yoga, Pilates, and Isometric exercises. The Bar Method helps tone up her body, increase flexibility and her endurance.