For Anna Faris, achieving her Playboy Bunny physique to play a Playboy playmate in the movie House Bunny was no easy feat. The blue -eyed, already petite actress had to undergo serious dieting and rigorous physical workout to achieve her bikini body in time for the movie, but it was well worth it, as the actress herself shares.

"I think before the movie I was the last woman in Los Angeles who hadn’t done Pilates." Anna says. "Now it’s part of my daily routine."

Before the movie was filmed, Anna Faris’ diet was kept strict for 30 days where she was only allowed to eat fruits, veggies and lean meats. She also tried the Acai Berry Diet which was said to flush out toxins from the body and help in weight loss. She was able to lose at least 10 pounds by adhering to a low carbohydrate eating plan. 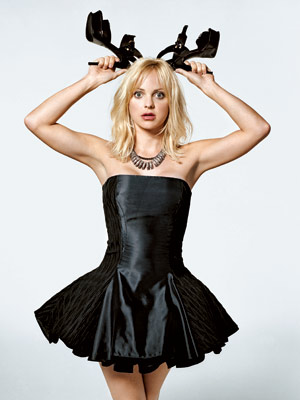 At present, Anna is on the Alkaline diet, an eating plan which follows rigid guidelines according the person’s body pH. The diet includes the intake of 80% raw vegetables, nuts, and some fruits. This diet is said to bring back the normal pH of the body for the person to achieve optimal health.

“I really like to hike. I love the idea that it invites so much conversation with the people that you’re with." Anna shares. "Before you realize that you’ve worked out hard, you’ve also had a great moment with your friends or whomever you’re with!”