Kim Alexis’ Diet and Exercise Routine: Healthy In Every Way

She may be 50-year old now, but actress and former model Kim Alexisis can give younger women a run for their money. Her 5 foot 11 frame has graced approximately 500 international magazines, has hosted television shows and occasionally graced the movie screens. Here, Kim dishes on her secrets to maintaing her youthful good looks and svelte body. 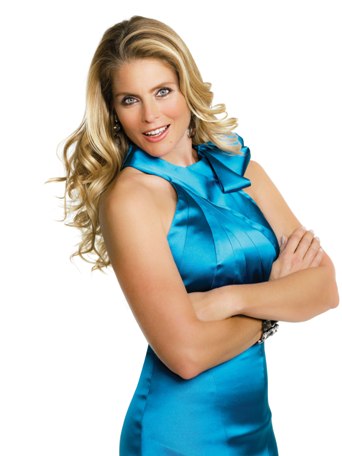 “I will never be a skinny, reed thin person. Once I accepted that, I learned that I would rather eat more because it was healthy and filled with natural fiber than eat small calorie filled meals. It is not focusing on what I CAN’T have but focus on what I can have. I try to make a vegetable juice every morning,” she says.

She likewise learned that there are specific foods or meals in her diet plan that makes her retain water inside her body thus she avoids consuming eggs, pineapple plus rice.

Kim also shares her thoughts regarding what she eats during cheat days, “If I have to cheat, I do it in the most healthy way possible. Example: I love chocolate chip cookies. I use organic whole flour of some kind, coconut oil, applesauce instead of egg for me, organic chocolate chips or carob, raw nuts…get the drift?”

For Kim Alexis’ exercise routine, she runs 5 times per week instead of swimming that she used to do as a form of cardio exercise.

“First of all, you have to find a fitness exercise program that you look forward to doing. After years of swimming, I found that it was much easier to run than find a pool as a cardio exercise. Swimming was too much work! I learned to get out of the house and just start jogging to exercise. I learned that my mind became clear and I felt better after a run. I maintain as I love the feeling of strong, healthy muscles ready for anything,” she claims.

Furthermore, Kim Alexis’ exercise routine includes light weights to help tone up her muscles without bulking her too much. She also loves blending or altering her exercise routine like working out her arms, abdominals and sometimes, dances as part of her workout. Kim also loves doing plyometrics specifically to tone up her butt.