Australian hunk Hugh Jackman may have gained immense popularity for playing iconic superhero Wolverine in the X-Men films, but he has also proved his acting mettle with superb performances in blockbuster movies such as Kate & Leopold, Van Helsing, The Prestige, and Australia. The 6 feet 3 tall, chocolate brown-eyed actor is not only one of Hollywood’s A-Listers and sought after leading men, his chiseled physique, which he has acquired from his healthy diet and exercise routine, has also gained for him the fame he so rightly deserves. 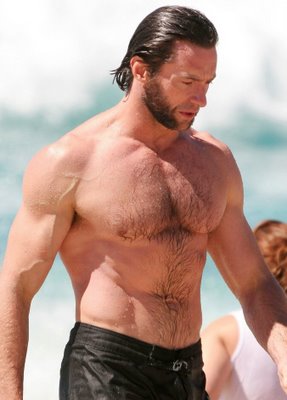 "I get up at 4am and eat egg whites, then every three hours after that. I have a combination of protein or steamed vegetables and brown rice. Then after midday, no rice or carbohydrates. It’s just vegetables and meat or fish,” he shares.

Hugh Jackman’s diet involves eating 6 meals a day that contains plenty of vegetables plus lean protein. His diet actually was made to help him build his muscles and bulk up in preparation for his roles especially in Wolverine.

He had to consume lots of protein drinks and eats a lot of oats, seeds and fresh fruits and berries during the day.

An example of Hugh Jackman’s diet plan on a typical day involves the following meals:

For Hugh Jackman’s exercise routine, he had to do advanced body building plus strength training exercises. He likewise did supersets that means performing a set of one specific exercise then move to another set of different exercise afterwards. But before starting out, he warms up through doing gentle cardio exercises.

Below is Hugh Jackman’s exercise routine: