Welsh rugby union player Gavin Henson has certainly became a popular player in the United Kingdom and is now an internationally-recognized athlete. He gained media attention as a member of the Welsh team achieving Grand Slams during the Six Nations Championship held last 2005 and 2008. Known for his spikey hair together with boots painted gold and silver, Gavin understands that he has to adhere to top-quality nutrition and a regular physical workout to stay always in shape so he can perform at his best as one of the players. 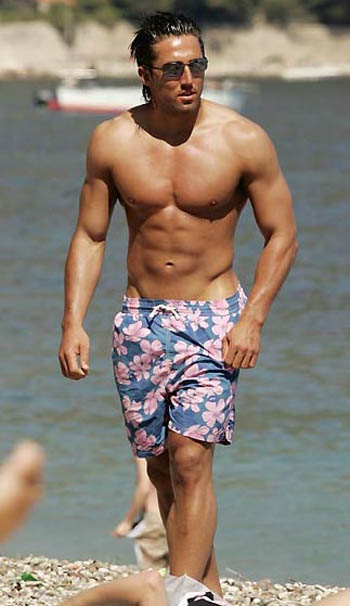 “Strict diet, early mornings, a lot of gym time, a lot of relaxation, massages etc and of course structured team training with both the Ospreys and Wales,” says Gavin regarding her weekly routine.

Gavin Henson’s diet, as he generally describes is somehow strict. He stays away from anything that can keep him from staying healthy, strong, and prepared for any of his games. Some foods not allowed in his diet are as follows: chocolates, cakes, takeaways, plus any foods that contains sauce, crisps and chips.

For Gavin Henson’s exercise routine, it primarily includes activities for muscle definition and strength building. Generally, he works his entire body and keeps his routine varied always ensuring that he doesn’t over train himself and that he is able to build every part of his body. for strength and power, he does weight lifting in the rep range 5-8 or 8-10 reps per set with 3 sets per exercise for every workout.

Furthermore, plyometrics is also part of Gavin Henson’s exercise routine which is a dynamic bodyweight exercise that assists in building power and stability. Here are some of the activities included: