Vegan actress Emily Deschanel, sister to starlet Zooey and forensic anthropologist Temperance Brennan in top-rater TV show Bones knows the pressure to be perfect that come with fame. But instead of caving in, the 5 foot 9 stunner has remained grounded and has worked hard for her fit figure instead of quick solutions. Here she dishes about what she does when the cameras aren’t rolling: Yoga, hitting the treadmill and turning costars into vegans.

"I’ve been a vegan for a long time, it turns out there’s a very big impact on the environment when you eat fewer animal products." She says. "That absolutely blew my mind, I just stopped eating and wearing animal products after learning that." 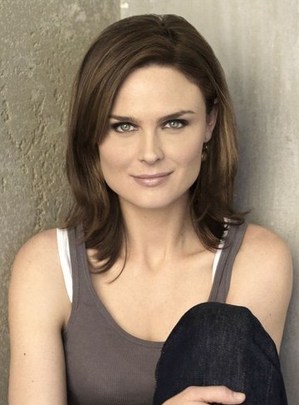 Emily has been on a vegetarian diet for 15 years, in her advocacy as a crusader for animal rights. Emily Deschanel’s diet focuses on plants for food and excludes any meat, dairy, fish, and any other food items that are of animal origin.

"My Bones costar David once made fun of me for being vegetarian." She shares. "But I started giving him vegan food and he loved it. Now, he tries to eat vegetarian for at least once every week."

With regards to Emily Deschanel’s exercise routine, her workout mainly consists of weightlifting at least three times a week and running on the treadmill every day.

"I have a treadmill. My personal trainer Julie Diamond is such a sweetie." She says. "She really motivates me to work hard."

She also admitted to have tried Yoga once with sister Zooey, but never had the chance to go again because of her busy schedule.

"I did Yoga, but I got busy and didn’t have time anymore." Emily says. "So now here I am. But it’s okay, I realized you can become healthy by eating well and having regular exercise, it doesn’t even matter what exercise your’e doing."