If you’re someone who’s always on the lookout for the latest diet trends, chances are, you may have already heard of the negative calorie diet. Yes, we know it sounds intriguing, and you’re in luck., because here, we decided we’ll help you understand what it is, how it works and answer all the other questions in between.

The negative calorie diet is based on consuming foods purported to require more calories to be digested than the calories the food contains. Simply said, the energy expended by our bodies to digest and process the food is greater than the food’s caloric content. 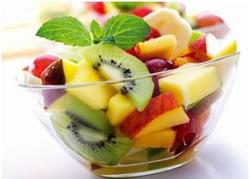 This concept is quite popular and has been talked about in dieting guides, but the fact still remains there is no scientific evidence to back up the claims that foods said to be of negative calorie are indeed such.

Famous examples, and one often mentioned by proponents of the negative calorie diet are green vegetables. Take for example a celery. It is said that a stick of celery contains a measly 5 calories, but it’s thermic effect on the body burns up to 95 calories. That is, the more celery you consume, the more you burn calories, and the more you lose weight.

Nutritionists and Dieticians argue on how the weight loss coming from the Negative Calorie Diet is due to the consumption of these low calorie foods. They say that it is very unlikely that any diet consisting of a certain food group will have any instant results.

The Negative Calorie Diet claims that one can achieve weight loss of up to 2 pounds daily, and this is a bit far-fetched as concerned nutritionists say. Even if this were true, weight loss this fast and this drastic would never be recommended for anyone who is not under the strict supervision of a physician. In addition, fibrous fruits and vegetables certainly do good to the body, but a diet based entirely on consuming them would not be healthy over an extended period of time, as they do not contain enough protein and essential fatty acids needed for optimal body function.