She’s responsible for one of the best-selling albums of all time, with 1997’s Come On Over success, there’s just no hiding from the music and pop culture of Shania Twain. The 5 time Grammy winning stunner’s musical flair, silken voice, megawatt smile and toned bikini body has helped her climb into the echelons of the best female singers of all time. Here, she spills on what she calls her secrets to maintaining what she has been blessed with.

"I’m really into taking care of my body. As a singer, you can’t abuse your body, certain stuff aren’t allowed, that’s why I try to live healthily every day." She says. "I avoid alcohol, I don’t smoke." 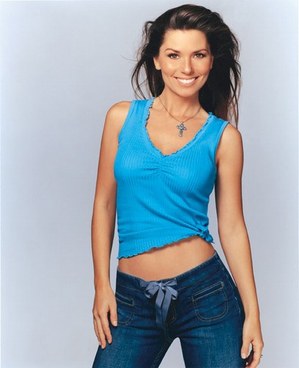 Shania has been a vegetarian for several years now, and swears by its benefits to the body. Shania Twain’s diet is based on plant-based foods and avoiding the consumption of any meat. Cheeses and dairy products are allowed.

"I’m not really a fan of the gym, so I try to stay fit doing stuff I always do, I make the chores my own form of exercise." She says.