Australian actress Poppy Montgomery, best regarded for her role as Samantha Spade in the American television series Without a Trace has once packed on a lot of pounds when she was pregnant with her son last 2007. The 5 feet 5 inch tall actress admitted on overinduging in her favorite treats, but when time came and she started to miss her pre-pregnancy figure, the brown-eyed star immediately got down to business, and once again achieved her lean and toned body in record time.

"I loved every second of gaining that pregnancy weight." She shares. "I’d do it again, but I’m also loving this fit body of mine, which I worked so hard for." 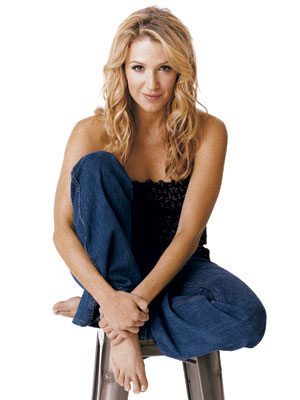 Poppy Montgomery’s diet includes eating mini well-balanced, low sodium meals every three hours. She once tried the South Beach Diet, but gave up in favor of the meal delivery service- Sunfare. This eating plan encourages low sodium in the belief that salt causes water retention in the body.

On a typical day, Poppy Montgomery’s diet plan would include:

Poppy Montgomery’s exercise regimen, was developed by personal trainers Helene Guzman and Valerie Waters which included working out 5 to 7 days a week performing weight training, flexibility and cardio exercises using the treadmill. She also utilizes her body weight during workout, does bench dips for triceps one leg off the ground, or single-leg lifts plus 20 to 25 repetitions every exercise.

"Poppy is extremely dedicated to her fitness regimen." Trainer Helene says. "She knows what she wants. That kind of dedication really pays off."