Ukranian Stunner Milla Jovovich may have started out as a supermodel, but she’s established herself as a potent on-screen presence with her 5 foot 8 frame and stunning blue-green eyes in appearances on movies such as Resident Evil, Fifth Element and Zoolander. She may be a high-profile model, but that didn’t excuse her from gaining a lot of weight during her 2008 pregnancy to daughter Ever. What’s more, the 36 year old star effectively lost the weight in a relatively short time. Here, the supermodel turned super hot mom dishes on her tips to maintain that luminous glow, and to-die-for physique.

"There’s no shortcut, it’s just diet and exercise. I gained a lot of weight during my pregnancy, but it’s a healthy weight, and I’m happy to have such a beautiful and vibrant Ever." She says. "Anyway, I didn’t want to be unhealthy on losing the weight, so I took my time. I watched what I ate, and exercised regularly. I didn’t push myself into some unhealthy, quick weight loss thing." 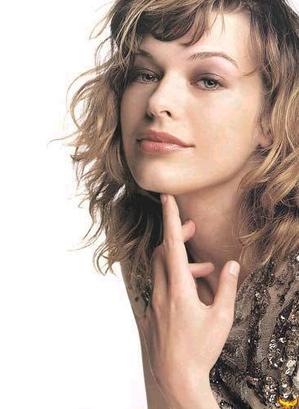 For Milla Jovovich’s diet, she follows Harley Pasternak’s five factor program that suggest that she eats three meals per day together with two snacks that contain protein, complex carbs, dietary fibers, fat and fluids. She had to do this since she had to lose weight within 5 months for bikini scenes she had to do in her film, A Perfect Getaway.

An example of Milla Jovovich’s diet plan on a typical day includes:

"She’s really dedicated. We worked on her core, on her abdominal muscles, arms." Harley Pasternak says of Milla. "She stuck to the program after eating lots of whatever, I know it’s hard for her, but she doesn’t make it seem that way."