Lucy Liu’s Diet and Exercise Routine from a Super Hottie

Whether she’s playing a graceful spy or a kick-ass detective, Lucy Liu is not a woman to mess with. The chinky-eyed, 42 year old stunner has made a career of portraying tough women, and her role as icy cool, smart cookie Alex in the big screen remake of Charlie’s Angels cemented her name as one of Hollywood’s fast rising stars.

"I’m really lucky, I have good genes. I’ve always been slim." She shares. "And growing up, I never believed that dieting thing. When I was a child, my father would hang a picture of an emaciated child on the kitchen door– a reminder that we should be grateful for what we have." 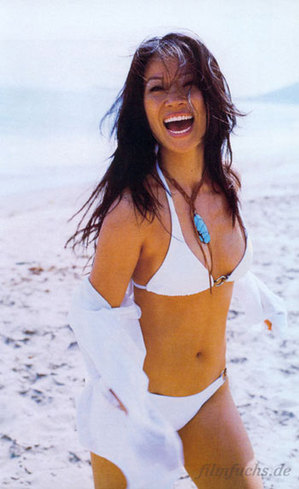 Lucy Liu’s diet follows portion control, where there are no food restrictions of any kind, as long as she eats in moderation and controls her serving sizes.

"I’m an unfussy eater, I eat just about anything." Lucy says. "But I control my portion size. Like, I’m going to have 3 bites of this cake. I believe that the more you restrict yourself, you’ll want it even more."

When she eats from a Japanese restaurant, Lucy Liu’s diet includes sushi with algae nori which is abundant in beta-carotene or perhaps grilled fish cooked in front of her together with vegetables. On the other hand, when she’s in a Chinese restaurant, she eats salad with am and algae agar with skewer of chicken and prawns. And when she eats from an Italian restaurant, she chooses to eat melon and ham with pasta with pesto or perhaps a vegetable pizza with salad and one fruit for dessert.

It may be hard to imagine this 5 foot 1 actress doing bodily harm to anyone, but don’t challenge her, Lucy grew up practicing the martial art of kali-eskrima-silat.

"That’s you know, knife and stick stuff." She shares with a laugh. "I’m a tough New Yorker."

Lucy Liu’s exercise routine includes a 30 minute run in the treadmill and doing cardio striptease. She also loves swimming and considers it her favorite way of staying in shape. Growing up, Lucy also dabbled in contact sports such as judo, taekwondo, and kendo with Katana.

"Maybe that’s because of the Asian within me." She says. "I’ve always loved martial arts."