Actress Linda Cardellini first broke into the scene playing the role of student Lindsay Weir on Freaks and Geeks, but it was starring in the bockbuster flick Scooby-doo as brainy Velma Dinkley that shot her to fame. The 5 foot 3, brown eyed beauty now uses her onscreen charm playing Nurse Samatha Staggart on ER, and even though she’s busy, this star still finds the time to eat right and work out, as evidenced by her fit physique.

"I’m not the type of person who sits on the couch eating bonbons." She admits. "I’ve got to get up and work out." 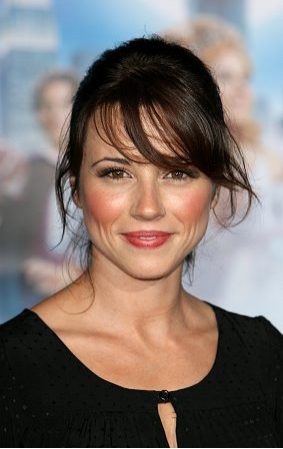 Linda Cardellini’s diet basically adheres to portion control. This kind of diet involves taking in any foods she wants as long as the servings are kept in moderate amounts. Most dieters love this type of diet because of the elimination of the sense of deprivation unlike other fad diets.

For Linda Cardellini’s exercise routine, she works out using the elliptical machine, which is a stationary exercise machine which simulates walking as well as running without causing any high impact on the joints that can cause injuries or pain.

“I have an elliptical machine at my house between the kitchen and the couch.” Linda says. "So there’s no excuse to slack off."

Linda Cardellini’s exercise routine provide both light and high intensity workout based on the resistance preference of the person. Furthermore, elliptical trainers work both the upper and lower body.