Actress Kirstie Alley had once made headlines for her infamous battle with the bulge, but the star best known for her character Rebecca Howe from the TV show Cheers has found a dieting and exercise routine that’s just right for her, and made her lose 75 pounds in a relatively short time. Here, the star dishes on her secrets to dropping the extra pounds and keeping them off. 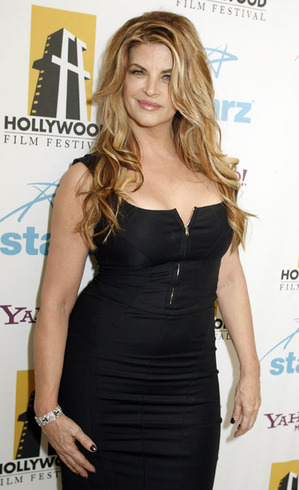 Kirstie Alley’s diet is adhered to Jenny Craig’s weight management program, and is based on  consuming pre-packaged meals intended to help the dieter lose weight without the need of preparing meals for themselves.

To start with such program, the client has to visit the nearest Jenny Craig Center locally so you will be helped by your diet menus by a trained weight loss consultant.

Kirstie Alley’s diet also sets her needs particularly in determining her calorie level. Usually, the lower calorie level is 1,200 calories per day. Approximately 1 to 2 pounds or 1% of the total weight can be lost with such diet program every week. This celebrity likewise loves eating organic food, especially fruits and vegetables together with chicken and fish. She likewise loves cooking and from Jenny Craig’s menu, her favorite is the Sunshine sandwich, the chicken fettuccine, the turkey chili, the burrito.

For Kirstie Alley’s exercise routine, she loves to dance which is a form of cardio workout. Dancing is considered a fantastic way to get and stay in shape and lose weight too. It involves the combination of movements that are intended to stretch the body, tone it up and burn a lot of calories. Although some may not even consider dancing as an exercise because they are having fun, approximately 300 to 500 calories can be burned per hour with just doing this.