She’s dominated the charts this summer for her catchy tunes and ear-friendly hits. Katy Perry, singer, fashion chameleon and one of the best selling female artists of the world, first merged into the music scene with her debut single “I Kissed the Girl”, which skyrocketed straight to #1 after it was released. It was then followed by a string of smash hits including “Hot N Cold”, “Teenage Dream”, “California Gurls”, and “Firework”. The 5 foot 8, 26-year old blue-eyed beauty has become an international sex symbol of sorts, and here, she shares the diet and exercise routine that has kept her body drool-worthy. 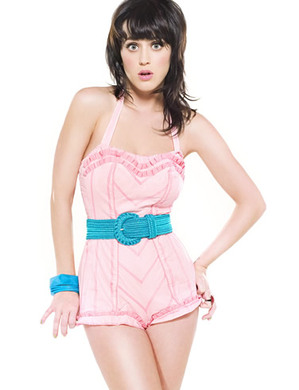 "I like to skip rope and eat as healthily as I can. I like to have my greens and cut out fast food. I also have regular facials. I’m addicted to Maki at Ole Henriksen spa,” Katy shares.

About 20% to 35% of the calories come from unsaturated sources of fat like organic olive or canola oil, organically grown nuts and organic avocados.

"On holidays I eat whatever I feel like," Katy shares. "But on tour the catering is a lot of grilled chicken—nothing fried. Everything is organic, and I have soy milk. No chips in sight—if they’re in front of you, you eat them."

Furthermore, Katy Perry’s diet contains a lot of mushroom because she basically loves them.

"I could eat a ton of them! I really love truffles but I hardly ever get them. Mushrooms in general are so healthy and good for you. I can’t get enough,” she shares.

She also keeps herself well hydrated by drinking a lot of water and not soda.

Katy shares, "Staying hydrated is important. I don’t understand how some people live off of diet soda. I have a couple of friends who I have never seen with a bottle of water in their hands. I don’t know how they get recharged."

For Katy Perry’s exercise routine, she hates hitting the gym and instead brings with her a jumping rope as her form of workout.

“I hate working out, but I love jumping rope; it’s like dancing. I can double jump, I can cross, I can do all of it. I look like Rocky!” she claims.

Katy claims that she does these 30 minutes daily which is actually a good form of burning off calories and keeping her figure trim and healthy.