English actress Kate Beckinsale has starred in a string of hit movies, among them Pearl Harbor, Underworld, The Aviator and Van Helsing. The gorgeous 5 foot 8 stunner has her star in Hollywood shining brightly, and has never had a "bad day" or "worst outfit" moment. Now in her thirties, Kate looks as amazing as she does when she first charmed her way to our hearts as a child actress.

"I don’t like it that people obsess about my body image so much. Let’s not encourage this war on women’s bodies." Kate says. "I’m more body confident now. I’ve learned to take care of my self." 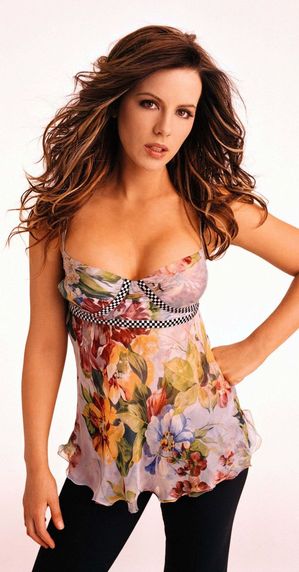 Kate Beckinsale’s diet follows portion control. With this eating plan, there are no food restrictions, as long as she controls her serving size and eats in moderation.

"It’s not restrictive." Kate shares. "It’s perfect for me, because I love cupcakes, and eating my treats makes dieting so much easier."

Kate, a professional dancer,  also incorporates dancing and circuit training to her routine at least four times a week.

"I really don’t like exercising that much." Kate admits. "That’s why I mix up my work outs, so I don’t get bored. I do have my own gym at home, so that makes it easier."