Jennifer Garner’s Diet and Exercise Tips for a Fabulous Figure

Tinseltown’s sassiest spy on the now defunct high octane ABC action drama Alias is played by none other than Jennifer Garner, who transformed herself into a well-toned fighting machine, even after giving birth to two daughters. The evidence was clear when she showed off her newly toned, post-baby body in figure-skimming dresses in record time, leaving thousands to ask the question: How in the world did she do it?

"It’s as simple as this." Jennifer says. "I got on the treadmill, stopped stuffing my face and lost the weight." 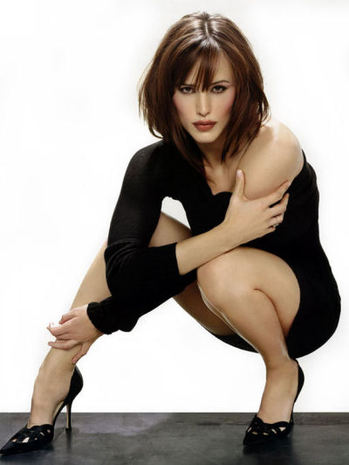 Jennifer Garner’s diet followed the famous Zone Eating Plan, which had all her meals delivered daily. During that time, she followed a 1600 calorie-a-day plan that contained 5 to 6 mini meals a day.

”I ate smaller portions, but more frequent, like every three hours." Jennifer says. "A typical menu for the day would contain lots of vegetables, fresh fruits and lean proteins."

Jennifer Garner’s exercise regimen was created for her by Trainer to the Stars, Valerie Walters. Jennifer’s workout plan included circuit training, running on the treadmill, cardio, stretching, abs, lunges, and free weights for 5 times a week.

Jennifer also does the mat Pilates exercise for core strength.