Carol Alt’s Diet and Exercise Routine: In Line With Her Health Condition

Two Sports Illustrated Covers and lucrative contracts with Covergirl Cosmetics and Hanes. This all happened to Carol Alt, rightly dubbed as The model that started the Supermodel Trend. With her brooding, blue eyes, perfect pout and armed with legs that seem to go on forever, the 5 foot 10 beauty is a living legend in the fashion world. Now 50 years old, Carol is still doing her thing and turning heads like never before, thanks to her healthy lifestyle.

"I wasn’t born skinny, and when I decided to become a fashion model, everyone I met drummed up into my head that I was too heavy. So I started dieting very, very early in my career, and I became thin enough, but I also became ill." She recalls. "Then I discovered raw food diet, and it’s freeing! It’s one of the the best change I’ve ever done." 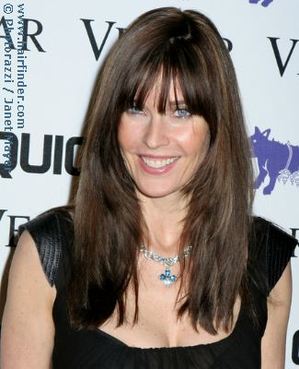 Carolt Alt’s diet is adhered to the raw diet that basically involves the intake of organic foods. The raw diet is based on eating unprocessed foods or organic foods like whole plant-based foods wherein 75% must be uncooked

Carolt Alt’s diet allows her to eat the following foods: fresh fruits, vegetables, nuts, seeds, beans, grains, legumes, dried fruits, seaweeds, freshly made fruit and vegetable juices, and other organic or natural foods which have not been processed or cooked.

It is believed that raw foods contain a lot of essential food enzymes rather than those cooked foods. Furthermore, this kind of diet utilizes certain techniques during food preparation.

"That was 12 years ago when I started this diet, I’ve been following it ever since." She says. "No more colds, no more respiratory infections, no more anything that bothered me before, my weight adjusted itself, too. There hasn’t been a problem since that time either."

For Carol Alt’s exercise, she does running as her cardiovascular work out of choice, which helps her burn 500 to 1,500 calories per hour when done either outdoors or using the treadmill. Running also aids in weight loss as it burns a lot of calories and at the same time, increases her metabolism.