For a guy who describes himself as awkward around girls, Ashton Kutcher pulls off the "charming nervous guy" shtick pretty well. Starting in the business as a model, this 6 foot 3 tall charmer, who is married to Hollywood sex symbol Demi Moore, soon made the transition to TV with his role as stoner goofball Kelso in That ’70s Show before making it big in movies such as Dude, Where’s My Car?, The Guardian and The Butterfly Effect. Ashton owns a rock hard body in sharp contrast to his pretty boy looks, proof that he may have left modeling long ago, but his physique is still as drool worthy as ever.

"Getting into shape is all part of the job, but I also like being built." He says. "For The Guardian, I started training 8 months before I got the part and had to change my whole diet." 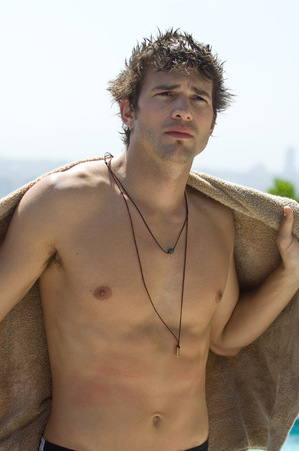 Ashton Kutcher’s diet is adhered to the principles of the low carbohydrate eating plan. This diet replaces highly digestible carbohydrates in the diet with more lean proteins and healthy fats, encouraging consumption of foods such as vegetables, fruits, nuts, fish, seeds and at least 8 glasses of water everyday.

Ashton Kutcher’s exercise regimen also played a part in helping him bulk up for his movie roles. Ashton does boot camp workouts to work the entire body, by going from one exercise to another without rest. Boot camp exercises include calisthenics, pushups, jumping jacks, crunches along with other body weight exercises.

Since filming the coast guard movie The Guardian in 2006, Ashton has added swimming to his workout regimen, which is a good cardio exercise similar to walking and jogging.