Alanis Morissette wants you to know that she is a fighter. The 35 year old, 7 time Grammy Awardee, Canadian born singer-songwriter admits that before she achieved her killer body, she had struggled with eating disorders in her childhood.

Alanis Morissette revealed in several interviews how she battled anorexia and bulimia during her teenage years, and when she reached her 20s, she started eating so much that she gained a considerable amount of weight.

"Those were hard times." She admits. " I was indulgent for a good nine months, but now, it’s different."

The change came to her in a vegan diet focused on overall health and disease prevention. Now, Alanis Morissete’s diet consists primarily of fruit, vegetables, nuts, beans while limiting meat and dairy products, an eating plan she has discovered through Dr. Joel Fuhrman’s book "Eat to Live", which encouraged her to lose weight while staying healthy. 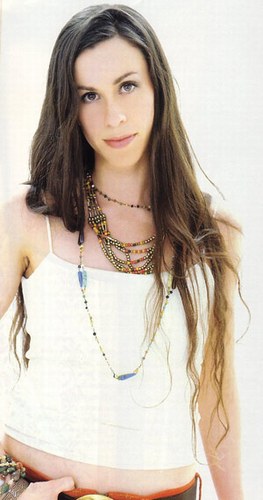 "I love my diet. It’s easy to follow. Say, for lunch, I’ll eat a whole grain wrap with fresh cucumbers, some green peppers, baby tomatoes, hummus with a little hot sauce. Then I take some flaxseed oil, which is a good source of Omega 3." Alanis says. " They’re just so good for you."

On the other hand, Alanis knows no diet can be successful without the proper exercise. Alanis Morissette’s exercise routine consists of 30-minute cardio workouts 5 times a week and running marathons.

"I feel like a 12-year old again!" She gushes. "Even after a workout, I feel like If I rest a little bit I could go dancing all night, so that’s exciting."

In addition, Alanis Morissette’s exercise includes doing Yoga to keep her body and mind healthy as taught to her by his brother who is a yoga instructor.